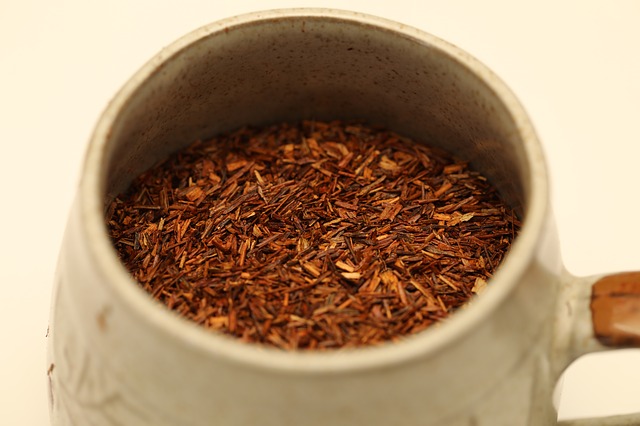 Have you ever tried the South African rooibos? It's not about caffeine-free tea, it's so much more. For starters, it is the first African product to achieve a European Designation of Origin. Learn how the Japanese Empire made this drink popular around the world during its campaign in Asia. Discover the intriguing secrets of this ancient drink. Do you dare to try it if you haven't already? 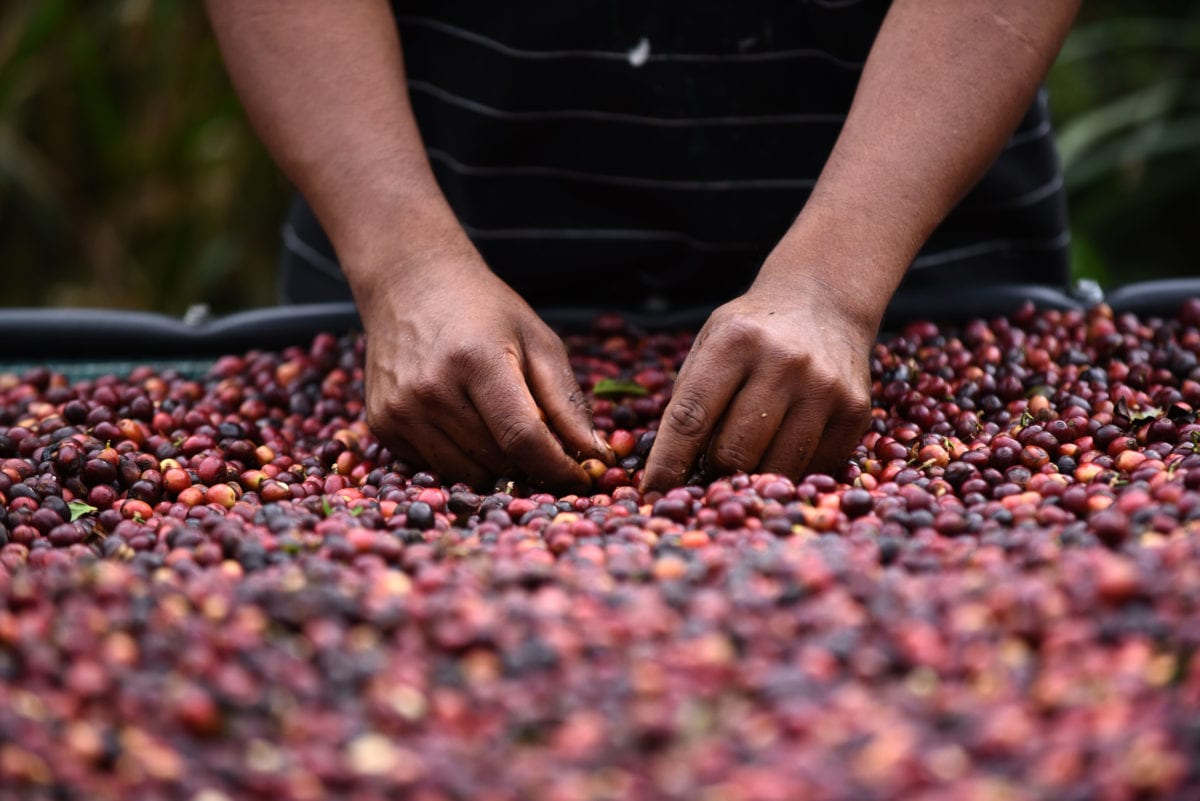 New wave of coffee in Spain! Much more than caffeine

La new wave of coffee in Spain responds to well-known trends. Concern about consuming products healthy, sustainable and at quality it has also come to this popular drink. What were the first and second waves? What did they consist of? Discover, without further delay, the conclusions of the group of experts behind these conclusions. 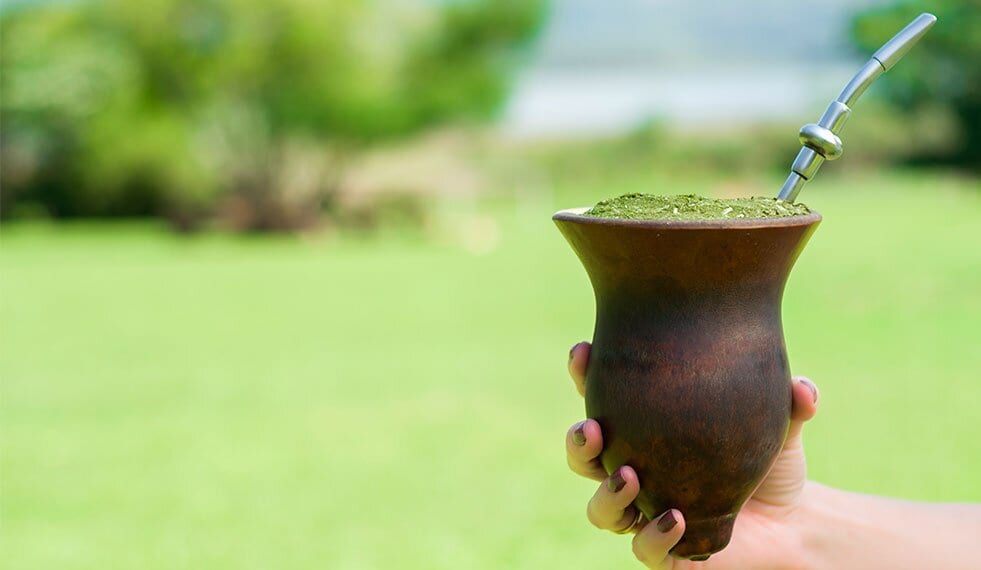 El matt is a traditionally drink Argentina served with water at high temperatures. This in summer means that some fans of this cult drink go to something colder such as i will terer. Do you know this typical product of Paraguay? Do you know what other differences exist between mate and tereré? Have you heard of yerba mate? Now we tell you all this and much more.

What is yerba mate and where does it come from?

La Mate It is the main ingredient in mate and tereré. It is made from dried, crushed leaves of trees Ilex paraguariensis, typical of the regions of Paraná, Argentina and Uruguay. It is one of the most complete infusions, since we could say that it is a food in itself. Contains carotene and vitamins A, C, E, B-1, B-2, and B-compound, that help the body release, take advantage of the energy contained in food, collaborate with muscle function and help to have a healthy body, skin and hair. It also has caffeine and other stimulants.

The Guaranies They were the first to learn about the virtues of yerba mate, but immigrants gave it the commercial push necessary to conquer new markets, calling it "Green gold". Nowadays, yerba is classified according to its cultivation area into yerba de monte (brava) and field (mansa).

When choosing the Mate It is important that you know some characteristics that it should keep. Visually, the leaves must present a clean and even color appearance. This should be from green color, with yellow reflections, which gives us an idea of ​​the dry quality of the yerba. Likewise, it must contain balance in its composition (powder, leaves and sticks) to achieve a uniform product. It must also be clean, without black spots (possible defect due to poor drying), this can transmit a strong and bitter flavor to the yerba. 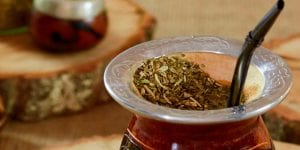 El i will terer it is a drink that is being consumed more and more all over the planet. Although, of course, all Latin America leads the ranking. It is refreshing, so in summer it becomes a wonderful alternative to combat the heat among yerba mate lovers. In the same way, its composition is very simple, it only takes yerba, juice and ice.

This delicious drink also has variants such as "juice tereré" or "Russian tereré". Also on December 17, 2020, the Unesco declared Tereré as intangible cultural heritage of humanity, which includes the drink and its preparation methods with medicinal herbs (pojhá ñaná). 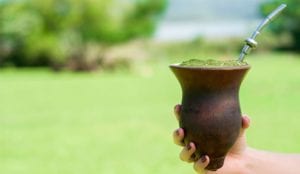 How are mate and tereré similar and different?

How infusion, both mate and tereré are Stimulants. That is, they are drinks that by nature stimulate our nervous system. Likewise, they keep us active, help fight fatigue and, of course, are likely to be enjoyed in the company of a partner, friends, family or work colleagues.

The differences are also quite obvious. The first, as we have already told you, is the diversity of temperature. Remember that tereré is always colder. Second, they differ in the container used. Mate can be the main container to prepare both drinks. But the ideal thing for the consumption of the tereré is that it is prepared in normal glasses or even in an ox horn.

Finally, the herbs they also become a discrepancy between these two drinks. Although both tereré and mate are made from the same plant, there is a difference between the way it is prepared. The yerba for the mate is ground and consequently it is finer. The tereré, on the other hand, is crushed and for that reason it is thicker. 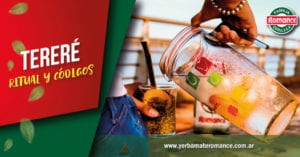 It is important that you bear in mind that neither of these two infusions should be consumed in excess but, in the appropriate measures, both are an invitation to enjoyment that you cannot miss. And you, what do you prefer the mate or tereré? If you haven't tried them yet… you have to do it now! 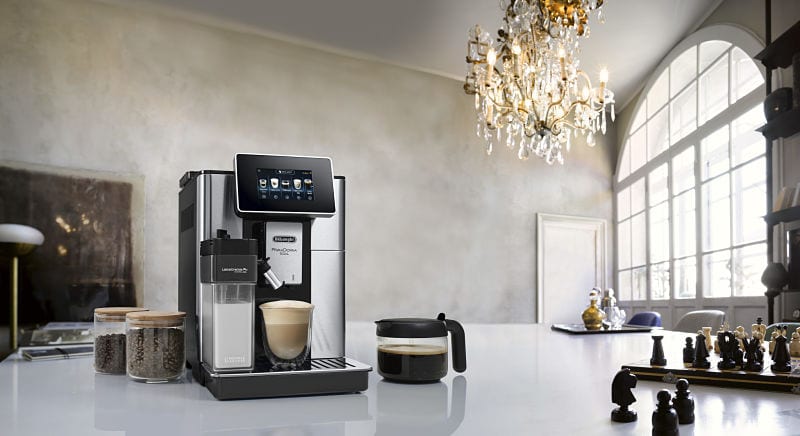 With a design of the most sophisticated and equipped with innovative technology to offer you an unparalleled experience, the super automatic coffee maker PrimaDonna Soul by De'Longhi It is the perfect choice for coffee lovers. If you are looking for an appliance of this type with which to achieve unique coffees, from the authentic All espresso brewing methods Italian to Flat White, keep reading and we will explain what benefits it brings you so that you can taste excellence made coffee in your own home. 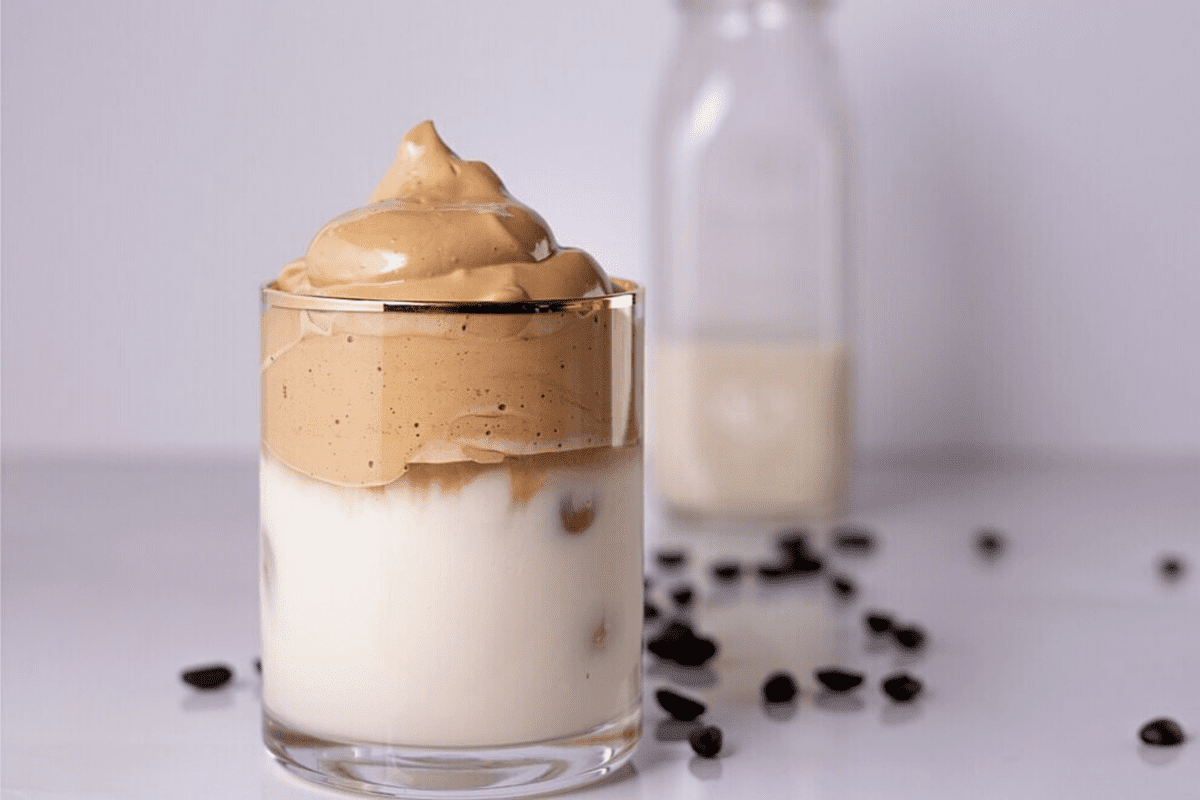 Café Dalgona: the most famous drink of 2020

Of all the recipes out there, what would you say if we told you that the most wanted in 2020 was it a coffee? Yes, as you read it: it is a drink called Dalgona coffee that has swept the social networks and that, also, as we have pointed out, was the most searched on Google. In fact it has been dubbed as the 'quarantine coffee', because during those months when you couldn't leave the house, it became a benchmark. Not only because it is made in a very simple way and in a very few minutes, but also because it is very tasty. Let's get to know the history of this viral drink! 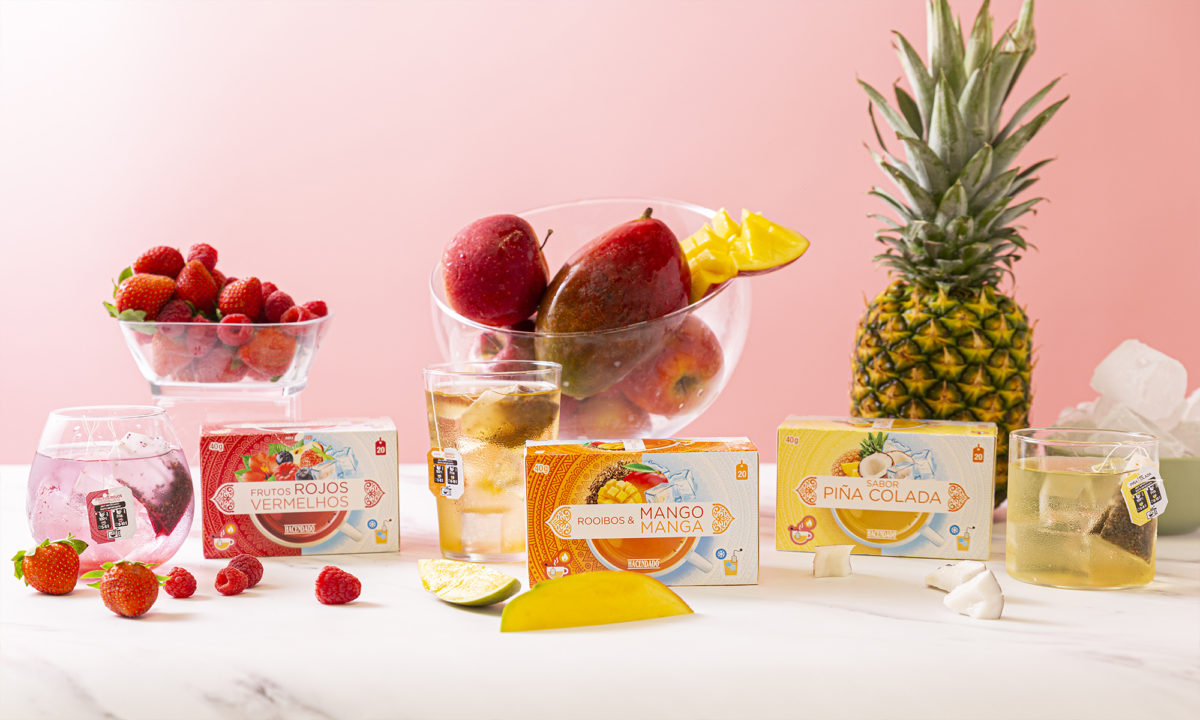 With the high temperatures, some hot drinks more typical of autumn or winter are no longer so appealing. However, also in summer you can bet on Mercadona's cold infusions to take with ice even. Without having to wait for the classic hot infusion to warm up a bit so as not to burn your mouth, the best alternative in summer is this product. In addition, the supermarket has just added a new 'signing' to its range of flavors that will surely seduce you to taste it. Do you want to know what it is? 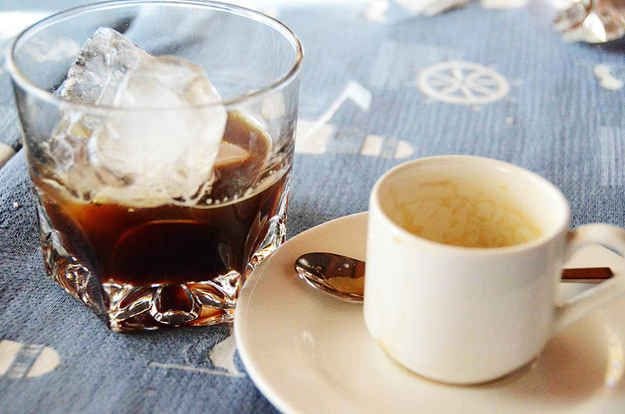 It is difficult to imagine the best meetings with friends or family without the coffee afterwards. That space of time that can cover the entire afternoon is, without a doubt, one of the biggest pleasures of the life. But, now with the heat, drinking this hot drink can be a real ordeal. Therefore, today you are going to know the best method of preparation of iced coffee. And, although it may seem easy, it is important to know all the tricks for possible. Only in this way will you be able to enjoy a cool drink. 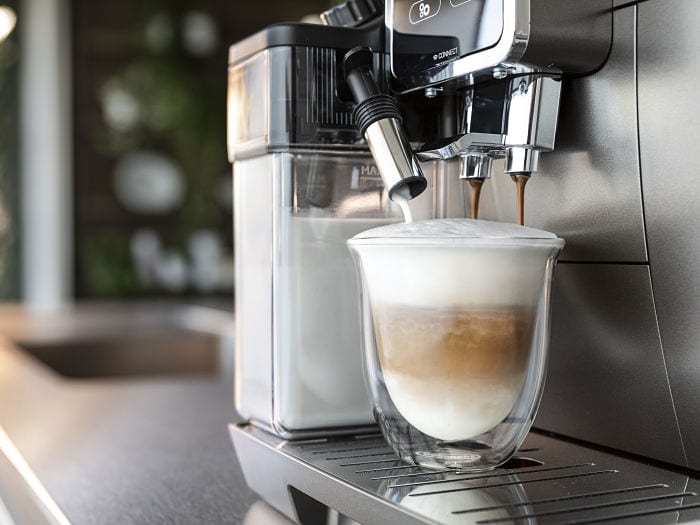 How to prepare a perfect heavy cream

Are you one of those who love small details when having a coffee? Are you passionate about the one with a top layer of milk foam that elevates the taste experience even more? If you are looking for the delicacy in this drink, we recommend that you bet on the best coffee makers market. De'Longhi is an excellent choice because it offers you an ideal system for prepare a milk cream simply perfect. Color your lips white when taking a sip and enjoy a delicate flavor in the mouth, the result of combining quality grain with dairy. Discover the and advantages of these coffee makers of the Italian brand. Next, we explain how its two mechanisms work LatteCrema and Advanced Cappuccino. 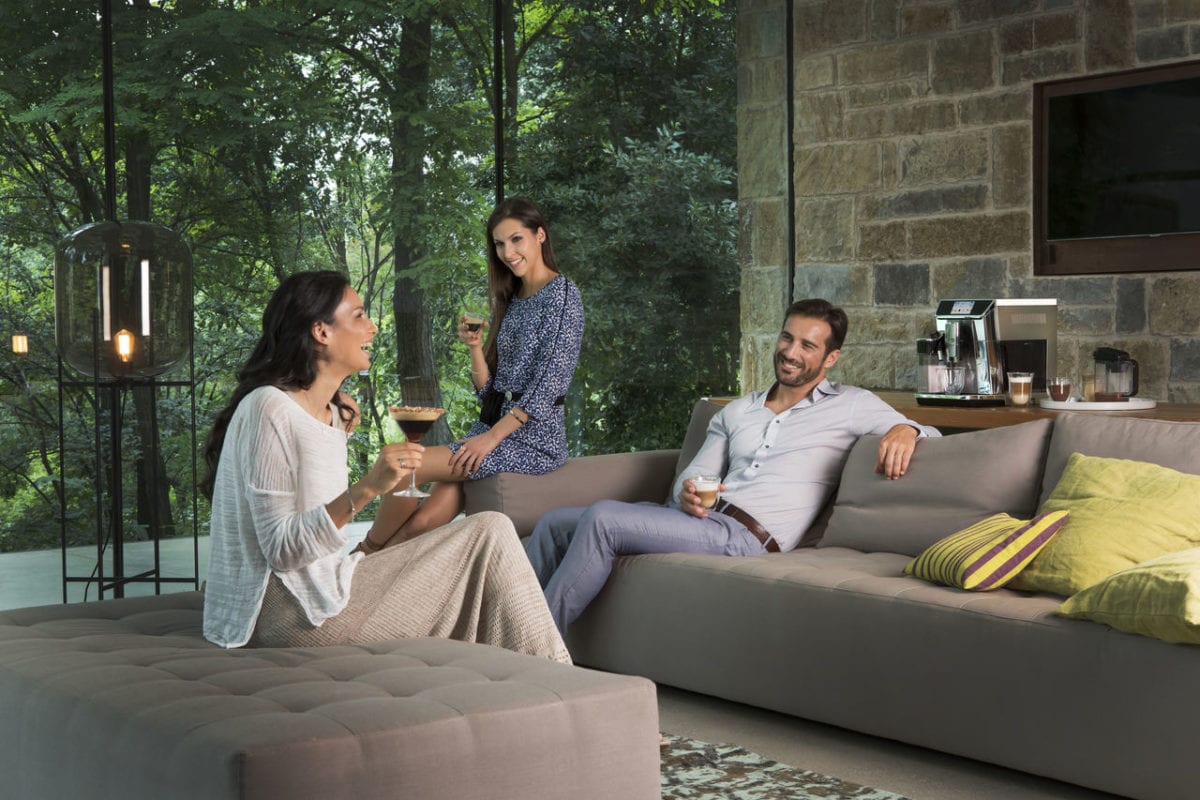 What is the ideal coffee maker for you?

Enjoying the best experience when drinking a coffee depends on various factors and, among them, you should know that there is also the good choice of your ideal coffee maker. In the catalog of this type of machine you can find an interesting variety to choose the one that best suits you. Whatever your preference when it comes to tasting a delicious hot cup, opt for one of the coffee makers what the brand offers you De'Longhi it is a sure hit. But which one is more suitable for you? Attention that we explain it to you. 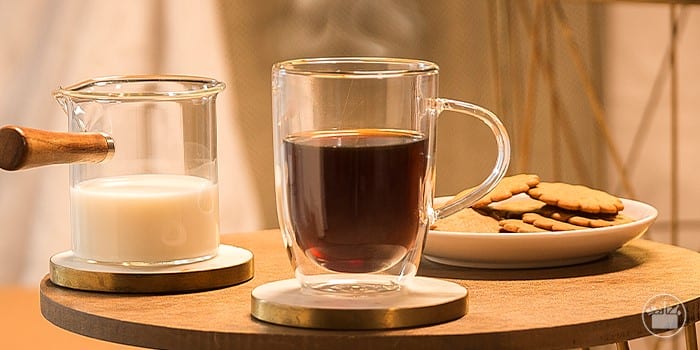 Coffee is a leading product in many people's lives. Its smell and flavor permeate the mornings of a large number of Spanish homes. In addition, there are several lovers of this drink who are not satisfied with having a cup for breakfast, but turn to it to any hour of the day. But, as in everything, there are some better than others and even certain options different from the most common ones. The Mercadona's American coffee is one of them. Her character innovative has led him to be awarded by the Institut Cerdá. Do you want to know what this type of coffee is like and which one does the Valencian supermarket offer you?